Where is Guadalajara Mexico located?

Wondering where is Guadalajara located, what’s in the name and what makes the place popular to visitors? Learn more about Guadalajara Mexico and its location in this article.

Guadalajara is a metropolis located in the Atemajac Valley close to the Río Grande de Santiago. The city of Guadalajara is the capital of the Mexican state of Jalisco.

Where is Guadalajara Mexico on the Map

1. The name Guadalajara is Arabic in origin. It comes from the Andalusian Arabic word wādī l-ḥijāra which literally means valley of stones. Guadalajara Mexico was named after the hometown of Nuño de Guzmán in Spain. Guzmán was the one who founded the city, albeit in violent terms.

2. The area where Guadalajara is now is not the original location that Guzmán founded. In fact, the city needed to be moved three times before it settled to its current location which is in the Valley of Atemajac.

3. Residents of Guadalajara Mexico are called Tapatíos. The name comes from the Nahuatl word “tapatiotl” which means “worth three” or more specifically “three small sacks with ten cocoa beans each.” This was a monetary unit during the 17th Century. Calling someone or something originating from Guadalajara Mexico as tapatíos means regarding them as “of great value.”

4. Guadalajara is regarded as the Mexican Silicon Valley. President Felipe Calderón even called Guadalajara a Creative Digital City. The city’s Centro del Software project is described as “an incubator for small-scale tech start-ups.”

5. The city of Guadalajara Mexico has a lot of nicknames: La Perla de Occidente (The Pearl of the West,) La Perla Tapatia, City of Fountains, Jalisco Bride and La Ciudad de las Rosas (The City of Roses.)

Where in Mexico is Guadalajara located?

Guadalajara is located at the heart of southwest Mexico. It is near the Atlantic Ocean. Guadalajara lies 344 meters or 553 kilometers northwest of Mexico City and 207 miles or 333 kilometers east of Puerto Vallarta.

Is Guadalajara Mexico safe for tourists?

Overall, Guadalajara is a safe place for tourists, although visitors must know that the city and the whole of the metropolis is not spared from crime and violence. When coming to and exploring Guadalajara Mexico, exercise proper caution. When it comes to natural threats such as hurricanes, earthquakes, and the likes, the place has had its share of calamities – but nothing too drastic that must keep you from going there entirely.

What type of city is Guadalajara?

Guadalajara Mexico is a metropolis. It is large, with an area of 2,734 km2 and it has a high population density of 10,361 people per square km. Being a metropolitan, Guadalajara has multiple jurisdictions and municipalities. These are Guadalajara, El Salto, Tlajomulco de Zúñiga, Tlaquepaque, Tonalá and Zapopan. There are also the two other municipalities, Juanacatlán and Ixtlahuacán of Quinces, which are regarded as foreign.

What is Guadalajara Mexico known for?

Guadalajara Mexico is known for being both traditional and modern in many ways. It is rich in tradition and culture, but at the same time, it has emerged into being the Silicon Valley of Mexico. This is where you can experience mariachi music and taste good tequila but this is also where software developments are on the rise.

Are there beaches in Guadalajara?

There are no beaches in Guadalajara Mexico. The nearest beaches from the metropolis are in Nayarit and Colima, about 155 miles or 250 kilometers away. 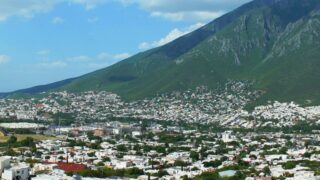 Previous
Where is Monterrey Mexico located?