The Meaning of the Costa Rica Flag

The Costa Rica Flag is a visual symbol of the country’s natural beauty, rich history, and unifying ideologies. Learn more about the flag of Costa Rica in this article.

If you want to know more about a country, get to know the meaning behind its flag. This national symbol is more than just colors, shapes, lines and designs.

A flag speaks of the past and the history which helped shaped the nation. It shows you the present and the changes that had to be made over time.

The Costa Rica Flag is a bold example of this definition. Get to know more about this rich country through its national flag.

1. What is the meaning of the name Costa Rica?

The meaning of the name Costa Rica in English is “Rich Coast.” Many theories surround the definition of the country’s name. Some believe that, according to Spanish Conquistadors, the land is full of gold.

Christopher Columbus was even quoted to have written that Costa Rica is “a land of great natural beauty, a coastline like never seen before and rich in gold.”

While there is existence of gold in the country even today, the abundance was not as how it was described by the first explorers of the coast.

What Costa Rica is undeniably rich in, though, are its natural resources and biodiverse habitats, making its name still suitable despite the lack of gold.

2. What is the saying “Pura Vida” all about?

You’ve read about it, heard it or saw it on an advertisement. Pura Vida is a fitting statement for the rich coast of Costa Rica. Translated in English, it means “pure life.”

When used loosely, saying Pura Vida in Costa Rica can mean a lot of things – to wish for a good day ahead, to indicate that everything is great… the list can go on.

It is impossible to define by words what Pura Vida really means, because more than it is a common expression, Pura Vida is a way of life.

They say Costa Ricans are one of the happiest people on the planet – thanks to their simple living, stress-free environment and positive outlook in life.

That, we believe, is the true embodiment of the statement Pura Vida.

3. Is Costa Rica a territory of the United States?

Costa Rica is not a territory of the United States. It is an independent Central American country, located north of Panama and south of Nicaragua.

4. Do a lot of people speak English in Costa Rica?

While the official language of Costa Rica is Spanish, many people speak English. It is regarded as the main foreign language being formally taught and widely used in schools.

Costa Ricans or Ticos have benefited a lot in the learning of this language, given that tourism is a booming sector of the economy and most visitors are English speakers.

MORE ABOUT THE COSTA RICA FLAG

The national flag of Costa Rica is a horizontal rectangle containing five horizontal bands with colors red, white and blue.

Two blue bands are featured on the top and the bottom, followed by two white bands of the same direction and proportion.

In the middle, there is one thicker red band with the size of two bands put together.

At the middle left corner of the flag, a white disk acts as a background to Costa Rica’s national coat of arms.

Since its adoption, the flag has been revised two times – in 1964 and in 1998. It primarily had to do with a change in Costa Rica’s coat of arms.

1. What is the meaning of the Costa Rica flag?

The Costa Rica flag is full of meaning. From the colors used to the revisions made over the years, the flag speaks of how the country gives importance to its nature, independence, and society.

While the meaning of colors in a flag or in other symbolism may be universal and shared, the distinct characteristics added to the flag (like the coat of arms) provide meaning to it on a micro level.

2. What do the colors on the Costa Rica Flag mean?

The blue stripes on the Costa Rica flag symbolize perseverance, intellectual thinking and idealism. It also represents the blue skies above the earth.

The red stripe stands for generosity, love and warmth of the Costa Ricans. The color red also symbolizes the blood that was shed by the heroes of the country.

Altogether, the red, white and blue colors of the Costa Rican flag symbolically describe the virtues that the Republic of Costa Rica stands for.

3. What does the Costa Rica Flag represent?

While to some it is just a piece of fabric denoting a specific country, a flag is more than just a governmental symbol.

A visit to any province of Costa Rica will show you the flag of the country being honored not only in public offices but also in private homes and establishments.

4. What is the history of the flag of Costa Rica?

The first flag of Costa Rica was designed in 1848 by then-First Lady Pacifica Fernandez Oreamuno.

She got some inspiration from the French Revolution, adopting the same vision of freedom, equality, and brotherhood to the country’s own symbolism.

The flag of Costa Rica shares the same colors with the French national flag: blue, white, red – along with other colors that come from the coat of arms.

Two versions of the Costa Rica flags are officially accepted. The “Pabellon Nacional” refers to the flag with the coat of arms while the “Bandera Nacional” omits it.

5. What is the meaning of the national emblem of Costa Rica?

The national emblem or the coat of arms of Costa Rica shows the three volcanic ranges with puffs of smoke that group the country’s volcanoes, namely the Guanacaste Range, the Central Volcanic Range and the Talamanca Range.

A valley is shown enveloping all three volcanic range systems.

From the front and the back perspectives of the volcanic ranges, you will have an impression that two bodies of water are being represented. True enough, these are the Pacific and the Caribbean Oceans.

Two merchant ships are shown to be sailing each ocean, signifying international trade.

At the skyline, you can see the sun rising from the left side. This signifies new birth and prosperity.

Soaring up in the blue sky are seven stars, one for each province of Costa Rica namely San Jose, Heredia, Alajuela, Cartago, Puntarenas, Guanacaste and Limon.

Inscribed on a white ribbon strip are the words “Reublica de Costa Rica.” On top of that is a blue ribbon strip that says “America Central.”

Between the two are two myrtle branches, symbolizing peace.

All of these characters are set on a gold emblem. Within the emblem are golden circles that stand for coffee beans, Costa Rica’s prized produce.

6. What is the importance of the national emblem of Costa Rica?

The coat of arms of Costa Rica was first presented on September 29, 1848. The importance of this national emblem lies mainly on the changes that incurred since it was displayed for the first time.

These changes speak of important growth and development in the depiction of Costa Rica as a nation.

The first coat of arms shows cannons and other war elements; they were removed in 1906.

When 1964 came, the original five stars became seven, with the addition of Puntarenas and Limon as newly incorporated provinces. In 1998, puffs of smoke were added as details to the three volcanic ranges.

Costa Rica’s ever-changing national emblem is important because it signifies the oneness in spirit that the nation aspires to have based on the season it is in and the major shifts that affect the vision of the whole country.

7. Is there a Costa Rica flag emoji?

There is a Costa Rica flag emoji in Android and iOS, although platforms show the civil version of the flag.

It contains only the blue, white and red stripes of the Costa Rican flag without its national emblem.

8. Which country has a similar flag with Costa Rica?

Thailand has a flag that looks similar with that of Costa Rica.

Reverse the use of colors blue and red, retain the horizontal stripes, take out the national emblem, and you will have the national flag of Thailand.

While the flags are almost identical with each other, the individual significance and national spirit that each country upholds still stays unique and strong. 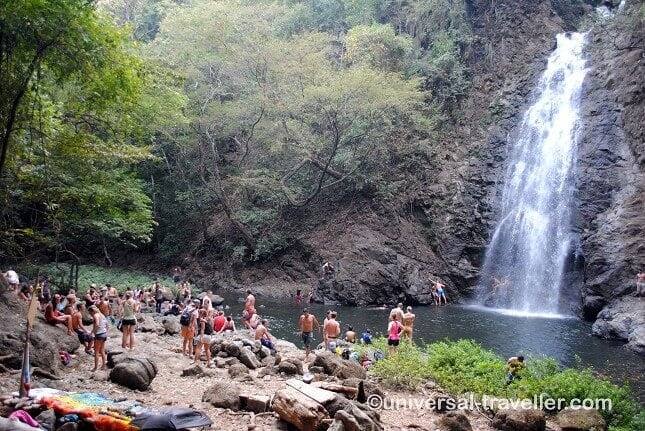 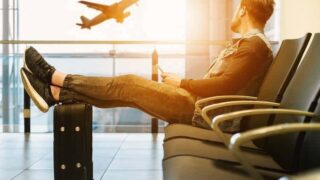