How to get from Portland to Vancouver

You can get on a flight, ride a train, hop on a bus or drive your way from Portland, Oregon to Vancouver, British Columbia. A quick look on the map and you will see waters that could possibly transport people efficiently.

Research shows there has been a prominent figure in the name of Frog Ferry who is asking point persons to go in depth with the possibility of servicing ferry rides to commuters. It will take less than 40 minutes to arrive in Vancouver from Portland, the group claims.

This “bus on water” is indeed offering a great amount of time saved as compared to an eight-hour train ride or a six-hour drive. A lot of studies still has to be done and infrastructures need to be put up, therefore this option might take some time before it gets added to our choices.

While we wait for this plan to possibly materialize, let’s look at the available modes of transport which you can take to get from Portland to Vancouver.

How far is Portland from Vancouver?

The distance between Portland and Vancouver is 313 miles or 504 kilometers.

Getting to Vancouver from Portland

1. Getting on a flight

Airlines such as Delta, Alaska Airlines, Air Canada and WestJet travel from Portland, OR to Vancouver, BC daily. They depart from Portland (PDX) in the United States and arrive at Vancouver International Airport (YVR) in Canada.

Flight time from Portland to Vancouver BC is one hour and 15 minutes. Give an additional two hours for boarding procedures and other airport formalities to fulfill.

A direct flight ticket from Portland to Vancouver costs about 87 USD to 141 USD.

Perhaps the most scenic route of all, coming to Vancouver from Portland by train is a popular transport option to many. While it proves to have about the same sceneries as a road trip, a train ride eliminates the hassle one might feel from driving long distance.

Amtrak Cascades offers a relaxing way to get to Vancouver. You can choose from these four options – it all depends on your plans and preferences:

The cost for an Amtrak Cascade train ride ranges from 51 USD to 105 USD. Ten percent discount is given to seniors, military personnel and persons with disability (PWD) including their companions.

It takes eight hours to travel from Portland to Vancouver BC by train. Be at the station at least an hour before your scheduled departure. This gives you ample time to secure a seat and get settled in.

Bolt Bus offers daily trips from Portland, Oregon to Vancouver BC. The cost for this trip is 32 USD. Bolt Bus has two scheduled trips – one at six in the morning and the other at two in the afternoon. The latter proves to take a longer duration.

In Portland, the station can be found at 1060 NE 13th Avenue at Lloyd Center. Arriving in Vancouver, you will stop at Gate 4 in 1150 Station Street. Your final destination is located inside the Pacific Central Station.

Download the Bolt Bus app to book your tickets, get real time updates and be offered fare promotions. One of these is the random ticket priced at just 1 USD. Be sure to book ahead of time to qualify for this promotion. Alternatively, you can also pay your fare directly to the driver.

It takes seven hours and 45 minutes to reach Vancouver BC from Portland by bus. Be at least 15 minutes early so that you will not miss the bus.

The drive from Portland, Oregon to Vancouver, BC can be scenic if you choose to drive off the highway. Drive east from Portland and through the Columbia Gorge. Turning west will take you to Seattle mountains and Puget Sound. This route is most beautiful in autumn.

If you want to drive directly to Vancouver, take the I-5 freeway. This route crosses Seattle. This tends to be a monotonous ride, with only a few chances of sightseeing along the way.

It takes a minimum of six hours to drive from Portland to Vancouver.

If you plan on renting a car for your road trip, one way costs around 65 USD to 124 USD. These rates include unlimited mileage, with the convenience of dropping off the car in Vancouver should you need this option. 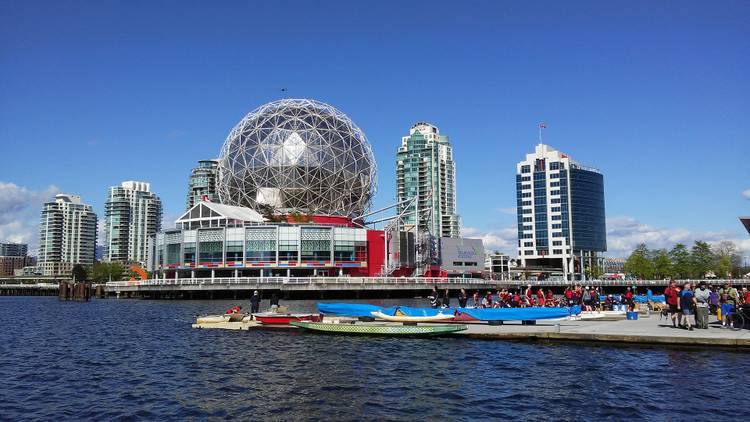 Previous
How to Get from Calgary to Vancouver 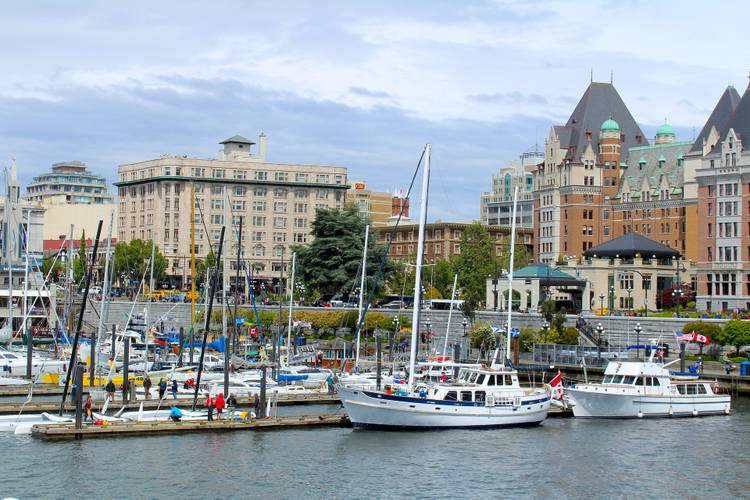 Next
How to travel from Vancouver to Victoria