Best Things To Do In Cascais, Portugal

Proudly sitting at the westernmost point of the European continent, Cascais is a charming Portuguese seaside town that is often overlooked by travellers to the area.

Due to its population of 200,000, visitors to Cascais can have the ultimate small town experience while also enjoying the range of activities within the city.

The beaches of Cascais and the surrounding areas are some of Europe’s best; with dramatic Atlantic shores and beautiful sandy bays.

There’s also a unique culture to enjoy within Cascais, with an abundance of art galleries, delicious seafood, and a charming marina.

Find here the Best things to do in Cascais, Portugal.

Either rent a car at the airport or take the Carris bus; one runs between Lisbon Airport and Cais do Sodre every 20 minutes.

*Tip: You can also book a private day tour from Lisbon to Sintra and Cascais.

With the literal English translation being ‘Mouth of Hell’, Boca do Inferno is a dramatic spectacle where waves hit the shores with a booming noise and create a colossal shower of oceanic spray.

The constant pounding of the ocean cut out a cave which then collapsed and created a bay and arch.

Winter is a great time to go – when the ocean pounds the coastline – which gives the formation its name.

In the summer, it’s a more relaxed spectacle but it is worth seeing none the less. Boca do Inferno is free to enter year-round.

Cabo da Roca is located at the most westernly point of mainland Europe, with cliffs that were thought to be the edge of the world until the 14th century.

Visitors to the area could definitely experience an apocalyptic feeling, and as tourists watch over the cliffs onto the seemingly endless sea beyond, it’s possible to believe that they’re standing right on the edge of planet earth.

Established in 1994, but a protected park since 1981, the Sintra-Cascais Natural Park covers 145 meters and extends to the coast of Cabo da Roca.

The Castle of the Moors was a medieval castle in Santa Marie e Sao Miguel. Constructed in the 8th and 9th centuries, it was snatched by Christain forces after the 1147 fall of Lisbon.

It is now a National Monument and a UNESCO world heritage site.

Famous as one of the best beaches in Portugal, Praia da Adraga offers gorgeous cliff sceneries and golden sand. It was voted one of Europe’s top 20 beaches.

Praia da Adraga’s beauty is no secret, so it can be packed at weekends – it is advisable to visit during the week to beat the crowds.

Praia da Adraga is located 18 kilometers north of Cascais; via a road, with no public transport so a rental car is a necessity.

There’s a gorgeous coastal route along the N247 which makes the most of stunning seaside views, finishing with a vista of the gorgeous Praia da Adraga itself.

This mansion is an early 19th century edifice, with castle turrets and Arabic décor.

With 17th century Indo-Portuguese décor and 350-year-old azulejos, it lies on the grounds of the Parque Marechal Carmona; a retreat with a duck pond, a variety of trees and gorgeous flowers.

If you take the winding road to Ursa Beach, you’ll be graced with some spectacular views.

The trek down to the beach is no easy feat – it’s a 30-minute descent down loose rock – but this means that it’s pretty much a private beach.

If you’re visiting Ursa Beach, remember to take plenty of water for the hike and a camera, as there are lots of gorgeous sceneries and dramatic viewpoints that are more than likely to be deserted.

One of the newest museums in the Lisbon area, the Casa das Historias functions as a gallery detailing the life of contemporary artist Paula Rego.

It houses nearly 700 copies of her works and details 50 years of her career.

There are paintings, drawings, and etchings as well as information about her progression as an artist – she studied at the Slade School of Fine Art. It’s a must-visit for any keen artists.

The Santa Marta Lighthouse Museum was created to document Portuguese Lighthouses and their technology and history.

Another part of the museum focuses especially on the Santa Marta Lighthouse throughout the ages.

There’s also an auditorium where ‘Lighthouses of Portugal, Five Centuries of History’ is demonstrated. The museum is open every day except Monday from 10 am to 5 pm.

The gorgeous marina is home to yachts and a delightfully scenic waterfront. It’s a great spot to people watch and enjoy the small town life of a place like Cascais.

One of the town’s most popular green open spaces, Parque Palmela, is frequented by tourists and locals for recreational purposes.

It was made by the Duques de Palmela and is nowadays maintained by the Town Hall. It’s a pleasant space for a walk or picnic and during the summer open-air concerts are often held there.

Just 4 kilometers from Cascais is the resort town of Estoril. The town is not as quaint as Cascais, but it has some unique charms.

These include popular restaurants, the largest casino on the Iberian Peninsula, and golden beaches; and due to its close proximity, why not even walk or cycle there from Cascais, enjoy some lunch and explore the town, and stroll or bike back?

Of course, you can’t visit this wonderful coastal area without sampling some of the delicious seafood of the region.

Popular favorites include cod, seabass, and squid and there are dozens of restaurants within Cascais that offer some mouthwatering options.

This article is now available as a mobile app. Go to GPSmyCity to download the app for GPS-assisted travel directions to the attractions featured in this article.

Previous
Best Things To Do In Hanoi, Vietnam 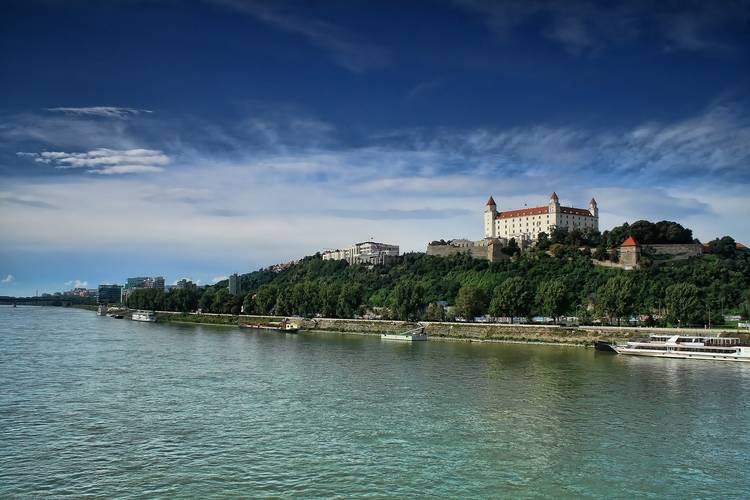 Next
How to Explore Bratislava, Slovakia like a Local