Discover the best time to visit Las Vegas with regards to season and events in the city. Know the cheapest time to go to Las Vegas based on travel trends.

Las Vegas is a city right in the Mojave Desert, but it isn’t as hot or empty as you would imagine a desert to be.

On the contrary, it is filled with lights and sounds from major hotel establishments, high-profile casinos and world-class entertainment hubs that call the city of Nevada their home for years now.

95 Free and Cheap Things to do in Las Vegas

Because of its location, the climate in Las Vegas is that of a subtropical desert. This means that the region is usually hot and dry but can be uncomfortably cold during the night. Las Vegas enjoys four seasons – spring, summer, fall and winter.

The year of 2019 has seen major changes in the city’s weather patterns, with the snow and rain amounts even breaking its 1963 record of the highest rain and snowfall.

To decide on the best time to travel to the Entertainment Capital of the World, let us factor in the weather conditions, tourist arrivals, and event lineup in each month of the year.

Climate: It is the winter season. It is one of the months with the highest chances of rain.

It’s peak season for tourists because of the New Year celebration. Conventions start to pour in, making both weekdays and weekends quite busy in Las Vegas. One of these is the Consumer Electronic Show, a yearly event which attracts thousands of tourists worldwide. Keep your swimsuits off your luggage as pool season is yet to come.

Climate: It is the end of winter season. Rains should be expected.

Temperature: Highest temperature is at 19 degrees Centigrade while lowest is at 1 degree Centigrade.

It’s peak season for tourists because of the Project Fashion Trade Show and the Superbowl. Valentine’s Day also greatly contribute to the influx of tourists in February. A mass wedding is held every year, with Elvis impersonators marrying hundreds of couples. Because of the favorable weather, this is a perfect time to go golfing and hiking in Las Vegas.

Climate: It is the start of spring season.

Rain showers will be light in March. The great weather brings in tourists and students on Spring Break, and the prices are not as expensive as the peak season despite the crowd. One big event happening around March is the Monster Jam World Finals, a gathering of monster trucks and enthusiasts.

Climate: It is springtime in Las Vegas.

It’s the start of the pool season. Businessmen are done with conventions; college students are done with spring break. This makes Las Vegas quieter than usual. The Academy of Country Music Awards take center stage in the MGM Grand, ushering in country music artists and fans to Las Vegas this time of the year.

Las Vegas Weather in May

The World Series of Poker starts this month. Memorial Day weekend can get crazy in rates and with the crowd, as it is highly regarded as the unofficial beginning of summer. Many hotels and other establishments offer great discounts to all military personnel. No business is closed during this time as it is one of the most popular times to visit Las Vegas.

Climate: It is the start of summer season.

It is the start of the festival and carnival season in Las Vegas. One of the well-celebrated events in June is the Electric Daisy Carnival, a music fest made to celebrate electronic music which is a hit to thousands of partygoers from around the globe.

Climate: It is summertime in Las Vegas.

July is popular with swimmers and beachgoers who would like to take their chances on great off-season deals. This is the hottest month of the year in Las Vegas, so better pack ample sunscreen protection with high SPF.

The heat and the crowd usually do not mix, but it doesn’t apply to the City of Lights. Children are free from school so families take this opportunity to go for a vacation. The Fourth of July fireworks in Las Vegas is also a big crowd pleaser.

MAGIC, the world’s largest fashion event, comes to Las Vegas in August. Over 120 countries gather in this event to showcase the latest trends in the world of fashion. Another huge conference happening in August is the annual hackers’ convention. In this month, you will most likely find great deals in hotels and resorts.

It is the last call for swimming as temperature gets colder by the day and several facilities start closing down their pool facilities. The temperature is neither high nor low, making it a nice month to visit Las Vegas without breaking the bank.

Climate: It is fall in Las Vegas.

Business travelers are back as convention season commences yet again. Happening simultaneously in many parts of Las Vegas is the German beer festival popularly known as Oktoberfest.

Halloween happens at the end of this month and Thanksgiving is right around the corner, so it is a busy and expensive month to be in Las Vegas.

It is the start of the cold weather so better pack accordingly. If you are a running enthusiast, consider partaking in the Rock ‘n Roll Marathon which happens right at The Strip. Catch a hockey match at the T-Mobile Arena as the Golden Knights play a couple of home games in Las Vegas.

Climate: It is the start of winter season.

It’s peak season for tourists because of the National Finals Rodeo and the Christmas season in general. On the 31st everyone is out and about in the streets and at the hotspots of Las Vegas. People travel to the city to witness the big display of fireworks coming from the seven casino hotels in the area.

1. When is the cheapest time to go to Las Vegas?

January is said to have the cheapest airfares coming to Las Vegas, especially if you are coming from the states of Washington DC, Chicago and New York. However, the key thing to do is to book at least seven months prior to your vacation.

The rates are said to be 15% cheaper in January because it is the coldest time to be in Las Vegas. If you do not want to brave the cold and are on the hunt for a travel bargain, August and October also proves to have cheap rates for a Las Vegas getaway. On some days, though, you might just find it too hot to be lounging and swimming outside.

2. When is the most expensive time to go to Las Vegas?

There are three events that make it expensive to travel to Las Vegas – the Superbowl, New Year’s Eve and Valentine’s Day. Any weekend of the year is also a prime time for Las Vegas excursions.

3. When is the best time of the year to visit Las Vegas?

The best time of the year to visit Las Vegas is between the last week of April and the first few weeks of May. The weather is perfect, the crowds are less yet there is no shortage of fun activities to do in Las Vegas during this time frame. More than the rainy days and cold nights, steer clear of the scorching sun which makes any Las Vegas activity hard to bear.

4. When is off-season in Las Vegas?

There is no such thing as off-season in Las Vegas! The City of Lights is hustling and bustling all year round.

Are you keeping up with my Las Vegas Series

Las Vegas is a quite expensive city; however, there are also many FREE AND CHEAP THINGS TO DO IN LAS VEGAS.

I put together a WEEKEND GUIDE FOR YOUR TRIP TO LAS VEGAS and a list with the BEST LAS VEGAS TOURS.

Do you want to stay at one of Las Vegas luxury hotels? Then check out my blog post about the BEST HOTELS IN LAS VEGAS.

Read here HOW TO GET TO LAS VEGAS and also don’t forget to check out these UNBELIEVABLE FACTS ABOUT LAS VEGAS.

I recommend checking out Agoda.com. It is one of the leading hotel sites with worldwide more than 500,000 hotels. Other sites I use are Booking.com and Expedia. Trusted Housesitters connects you with home and pet owners who need a sitter when going away. Another great option is Airbnb – Use this link to get $40 off your first stay. Visit TripAdvisor for hotel reviews.

Rentalcars compares 900 companies at over 53,000 location to guarantee you the best price. Get Your Guide helps you to find the best tours wherever you are heading to.

Tour operators have empty spaces on their tours. TourOpp is the place to book them with up to 70 % discount.

Momondo. is the first website I use when I am looking for a cheap flight. It searches a lot of different airlines and you can look for flights to a specific airport or any airport within a country or even continent.

Ultimate List of Best Things to do on Vancouver Island
January 10, 2020 0 Comments

I commenced travelling as a young adventurous backpacker, but now prefer to travel in a little more luxury; however, I have not lost my love of adventure.

Find out more about me here. 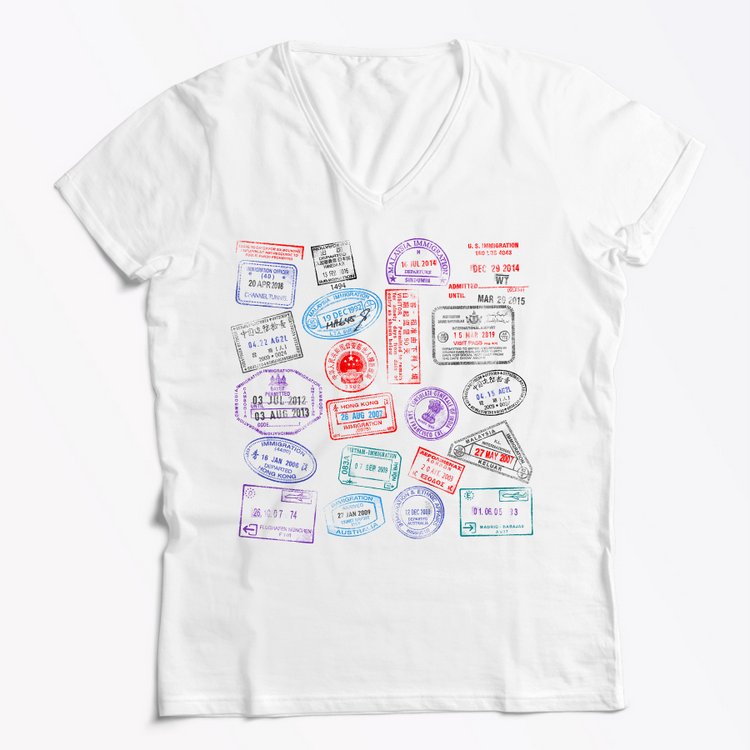 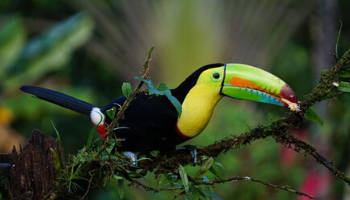 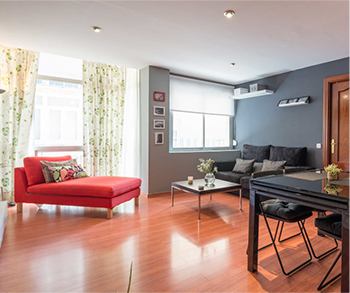 Get your 35$ Airbnb Coupon Code 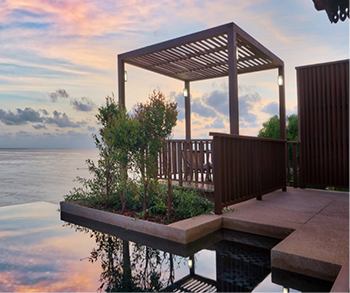 Get up to 70% Discount at Luxury Hotels 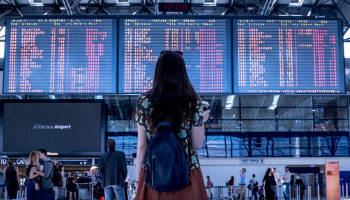 How to find the cheapest Flights Ultimate Guide 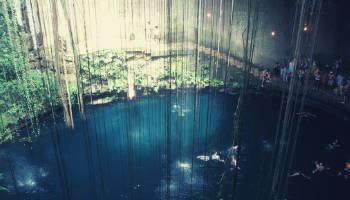 The Best Cenotes in Tulum Mexico 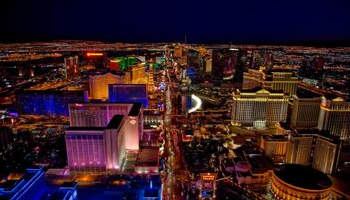 95 Free and Cheap Things to do in Las Vegas