Reykjavik is a city steeped in history and Icelandic culture.

Located on the western side of the island, it sits over the very spot historical Norseman first set foot on the island some 1100 years ago.

While the Icelandic capital has some great things to do and see (even though it’s relatively small), Reykjavik can also act as a great home base for those visiting Iceland.

The city isn’t centrally located, but there are still some great day trip spots within reach.

From an ice cave to glacier ascents, check out this list of the best day trips and excursions from Reykjavik.

Into Ice & Lava is one of the tours that I really wanted to do in Iceland.

It is organised by Reykjavik Sightseeing, a relatively new company that I highly recommend to book with.

The guides are entertaining and have great knowledge about the places included in the tour and Iceland in general. Their busses are up-to-date with working WiFi & USB chargers and most tours include audio guides which are available in 10 languages.

The first highlight of the tour is a visit of the man-made ice cave at Langjökull Glacier.

Once we arrived at the basecamp we stepped aboard a modified Monster Truck to drive to the entrance of the cave.

Man. Look at these wheels!

We spent around one hour inside the cave and learnt a lot about glaciers and the global warming.

It is definitely an unforgettable experience.

Check out some of my photos:

The preparation for the project took more than 4 years and the excavation around 14 months.

Four to six people were working on the excavation every single day. In total 5.500 m3 ice were excavated from the glacier to built the tunnel with a length of 500 meters.

Inside the tunnel you are standing below 25 meters of ice with around 200 meters of solid ice still beneath you.

After the ice cave tour we visited the Víðgelmir lava cave.

Our guide explained us everything about the cave like lava stalactites & stalagmites and the amazing colours.

The tour is easy accessible thanks to a wooden walkway with railings. The whole cave is lightned and every participants gets a headlamp.

Click here for more information about the tour, to check prices and/ or to make a booking.

One of my greatest adventures ever was the Glacier Walk and Ice Climbing with Troll Expeditions.

I consider my climb up Solheimajökull Glacier to be one of the coolest things I’ve ever done in Iceland.

The glacier’s ice is some 1500 meters tall at its thickest point and is actually formed over a volcano, Katla.

There’s no need to worry, though. While the volcano is active, there hasn’t been a major eruption in almost 100 years.

When I arrived, Troll Expeditions provided all the equipment I needed for the climb — climbing boots, axes, crampons, and a harness.

Once we’d been fitted, our guide gave everyone a quick class on how to use the gear and what to do when up against the glacier.

Our climb lasted about 3 hours, and every second of it was exhilarating. Solheimajökull’s cracks and crevices are constantly shifting as the glacier freezes and thaws.

Our guide actually had to scout out and climb a brand new path up the ice, and apparently that’s not too uncommon.

Departure from Meeting Point: At 12 or 1PM depending on the season

The transportation to the meeting point at the parking lot at Sólheimajökull is not included.

The easiest way to get there is by rental car. The distance from Reykjavik is 160km.

Please depart rather a bit earlier as the weather in Iceland can change quickly and you may need longer to get there.

Another really cool tour that I did during my time in Iceland is the Golden Circle Afternoon Tour, also organised by Reykjavik Sightseeing.

As the name already says that tour departs a bit later at around 11.30am. Ideal if you plan to do a Northern Lights Tours the day before, which usually finishes quite late at around 2am.

The first stop of the tour is the famous Þingvellir National Park.

This is the place where the tectonic plates of Eurasia and North America drift a part around 2 cm per year. It is in addition the founding place of the oldest existing parliament in the world and home to Öxarárfoss waterfall.

The ultimate adventure in the national park is a dry suit dive at Silfra. It is actually a crack between the North American and Eurasian continents.

The second stop of the tour is the breathtaking Strokkur Geyser Iceland which erupts every 5 to 10 minutes.

It is easy to believe that this is one of the most famous natural attractions of Iceland.

Geysers are rare on planet earth as they require a combinaton of heat, water and fortuitous plumbing.

Other major Geysers are located in Yellowstone National Park in the United States, Valles of Geysers in Russia, El Tatio in Chile and Taupo Volcanic Zone in New Zealand.

The last stop of the Golden Circle Tour Iceland is the Gulfoss Waterfall, another Must-See place.

I was really impressed by the power and energy at this place. Gulfoss actually consists of two waterfalls. The upper one has a hight of 11 meters and the lower one is 20 meters high.

In 1907 an English man wanted to use the power of Gulfoss to generate electricity.

The local farmer Tómas Tómasson declined the offer saying “I will not sell my friend”.

Later on Gulfoss waterfall was leased to foreign investors.

The farmer’s daughter Sigríour Tómassdóttir however, who has been often called Iceland’s first environmentalist, fought against the construction of a power plant and achieved that the rental contract was cancelled in 1929 due to non-receipt of payment.

Probably everyone who travels to Iceland wants to see the Northern Lights.

It was on my bucket list for so many years and one of the main reasons I decided to visit Iceland.

Following this there are lots of companies offering all kinds of Northern Lights Tours. I chose Sterna Travel Iceland because they limit their group size to 18 people and only use mini buses.

In this way it is possible to stop at places where the big busses cannot park.

As our guide said, going on a Northern Lights Tour is like hunting. You never know when and where you will see them.

For that reason it is really important that you can stop quickly when you finally spot a Northern Light.

Read here more about when’s the best time to see the Northern Lights.

South Coast and Glacier Snowmobile is a tour organised by Sterna Travel. It starts between 8 and 8:30 in the morning and takes around 9.5 to 10 hours.

The first stop is Skógafoss waterfall, one of the most beautiful sites in Iceland.

The falls themselves are breathtaking — the water drops some 60 meters between two bright green cliff sides.

But cross your fingers that you take this tour on a sunny day, because when the sunlight hits the falls, a stunning single (and sometimes double) band rainbow emerges.

The waterfall also has an intriguing cultural history. According to legend, the first Norseman to settle in the area hid a treasure chest behind the falls.

The highlight of the tour is without doubt a snowmobile drive up to the peak of Mýrdalsjökull glacier.

Once the tour arrived at the staging point for the snowmobile ride, we were handed our equipment and given some brief safety guidelines for our ride up the glacier.

The ride itself took about an hour. The views from atop the glacier were captivating, and there were plenty of great photo opportunities.

Snow-capped mountains lined the horizon, and the ice stretched out for miles.

It felt a little like we were exploring some foreign and desolate planet.

Did you know Reykjavik is home to the first man-made indoor ice cave?

This may be the closest any of us ever get to visiting Hoth. The ice cave was constructed from snow within the Perlan museum, a landmark in Reykjavik built from several massive retired hot water tanks.

The cave stretches and winds for some 100 meters.

The realistic ice cave acts as a great learning opportunity.

I learned about the causes and phenomena that form Iceland’s glaciers and their crevices and ash layers. The museum also contains information on the disappearance of glaciers and climate change.

The temperature inside the cave is a quite chilly -10°.

But don’t worry, you can rent a warm vest for the tour.

After you’ve experienced the cave, you can also take advantage of some of the Perlan’s other cool features, including a planetarium and observation deck with great views of the city.

Where to stay in Reykjavik

As my time in Iceland drew to an end, I decided to stay in the country a bit longer and made the move to CenterHotel Miðgarður.

This hotel is in a great location within Reykjavik — just a few blocks from the coast, but still central enough to reach all of the best the city has to offer.

The hotel is just minutes away on foot from the city’s museum of art or Hallgrímskirkja church. The rest of the city is made quite accessible by the bus stop just outside the hotel’s doors.

During my stay there, I made frequent use of the spa and an indoor/outdoor hot tub. And, though the rooms weren’t expansive, they were well designed and stylishly furnished.

The staff were friendly and kind, and their service never left a thing to be desired.

They’re more than happy to help guests set up and arrange day tours or recommend things to do in either Reykjavik or all of Iceland.

Disclaimer: I was invited by Troll Expeditions, Sterna Travel Iceland, Reykjavik Sightseeing, Perlan museum, and CenterHotel Miðgarður. My opinions, as always, are solely my own.

Previous
Different ways to get to Machu Picchu 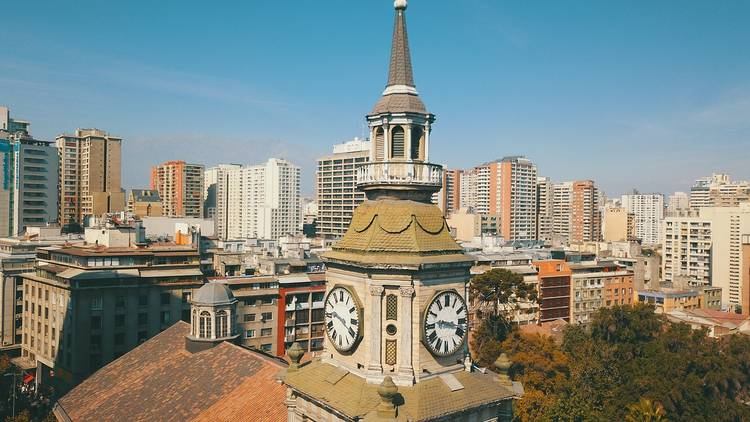 Next
Ultimate List of Best things to do in Santiago Chile