There’s a reason why travel bloggers and digital nomads have grown so popular on the web.

Our lives are filled with adventure and the kinds of freedom and experiences that just aren’t attainable when you’re tied to a single job or location for years on end.

Yet, living constantly on the move comes with its own set of challenges and worries.

One of the most common sources of anxiety for long-term travellers is an unexpected trip to the hospital – especially in a country with high healthcare expenses.

Medical insurance has always been iffy for digital nomads.

Most of us are freelancers or self-employed, which means we’re responsible for seeking out an insurance plan on our own.

But before a few years ago, there were not many clear options tailored to the lifestyle.

The Woes of Insurance as a Digital Nomad

Traditional insurance plans from a traveller’s home country often don’t include global coverage (or at least not affordably).

And the alternative, travel insurance plans, targets tourists and vacationers with clear-cut, inflexible itineraries—not nomads with no travel end date (or single destination) in mind.

Unfortunately, this means that many world-travelling freelancers have decided to bite the bullet and accept the risks to their life, limbs, and wallet for going uninsured.

This is one reason why global digital nomads have gravitated toward hotspots in parts of the world where healthcare (and really everything else) is extremely affordable: Mexico and Central America, Thailand and Southeast Asia, etc.

But what if there was an insurance company out there that had actually been designed for (and built by) members of the digital nomad community?

As I’m sure you’ve guessed by now, there is: SafetyWing.

SafetyWing was founded by tech workers from Norway who moved abroad in pursuit of adventure and opportunities in Silicon Valley.

As digital professionals working abroad, they tapped into a surprisingly wide network of expats who, thanks to the advent of the internet, could work literally anywhere on earth.

But, having come from Norway, a country frequently praised for its social safety net and public healthcare services, the three recognized the serious risks and potential pitfalls the digital nomad community faced when it came to healthcare (and financial) security.

So, they set out to meet a lofty goal—to give world travellers a solid safety net, one that would offer coverage worldwide at an affordable price.

To this end, SafetyWing has more than succeeded. The coverage they offer is incredibly affordable.

At $37 per four weeks of coverage, your SafetyWing bill will likely be just a third of the price of similar competitor plans.

And they definitely haven’t skimped out on coverage to arrive at such a low price.

Get more information about SafetyWing

Let’s run through a few of the benefits the company offers—all designed with the needs and lifestyles of digital nomads in mind.

First off, SafetyWing’s core plan offers a low deductible—just $250 per year (provided you continue on the same policy).

This means that the most you’ll have to fork out for emergency medical attention within SafetyWing’s coverage network is your alcohol budget for next month (or, let’s be honest, next week).

As a bonus, SafetyWing includes a $0 deductible for several other services, including emergency dental care, emergency medical evacuation, and smaller travel-related stuff like lost luggage or delays.

On its own, this low deductible will be enough to help nomads around the world sleep (or zipline) with more peace of mind.

Many travel insurance plans either explicitly forbid or refuse to cover travellers within their own borders.

But SafetyWing recognizes that you shouldn’t have to choose between surrendering healthcare coverage and surprising your mom on her birthday.

The company’s core plan will cover you within your home country for up to 30 days within any 90-day period.

Finally, SafetyWing has crafted a global network of care-providers and made these providers’ information easily available to their customers via their website.

In many countries, this network includes higher quality private hospitals, and often also direct billing to SafetyWing—that way you don’t have to worry about paying anything out of pocket.

But the innovation doesn’t stop there. Because SafetyWing was built from the ground up for those without permanent physical addresses, billing is 100% online.

Setting up and paying for insurance coverage through the company is as simple as signing up for Netflix, and once you sign up, your coverage/subscription will automatically renew every 4 weeks for $37.

Finally, with SafetyWing, there’s no need for you to be physically located in your home country to start your coverage cycle.

Unlike other travel insurers who target short-term vacationers, you can sign up for SafetyWing and start receiving your insurance benefits from anywhere in the world.

One more thing—buying insurance from a startup company may not seem like a smart move to a lot of people. After all, the failure rate for startups is legendary.

But even if SafetyWing goes under, its customers won’t be left out to dry.

Their policies are underwitten by one of the oldest insurance providers in the world—Tokio Marine.

It really is the best of both worlds: a new, innovative model backed by old, established money.

So, is SafetyWing the right option for you?

The short answer is probably.

But there are a few exceptions to the price and benefits listed above. And, depending on your situation, these caveats may give you second thoughts.

If you’re not aware, Obamacare requires all US passport holders to purchase and maintain a certain level of healthcare insurance coverage.

Because SafetyWing’s model doesn’t meet all of the law’s requirements, even US citizens who have the plan may still have to pay the no-coverage penalty.

This isn’t to say that SafetyWing doesn’t offer coverage to nomads travelling to or living within the US – it does.

But, because US healthcare costs so much, those who want coverage in the country will have to fork out an extra $31 per four weeks (or $68 total).

This is still a good price, but it’s just not as great a price as you’ll get by avoiding the US altogether.

If you’re a digital nomad, SafetyWing can offer you a great baseline of emergency medical coverage for a stellar price.

You may be one of those readers who has thought about becoming a world travelling freelancer, but you’ve held off because you fear indentured servitude at the hands of healthcare bills.

If that’s the case, SafetyWing might just be the solution you’ve been looking for—the peace of mind you need to make the jump.

Either way, do some research and give them a try!

Previous
How to Spend an Afternoon in San Francisco 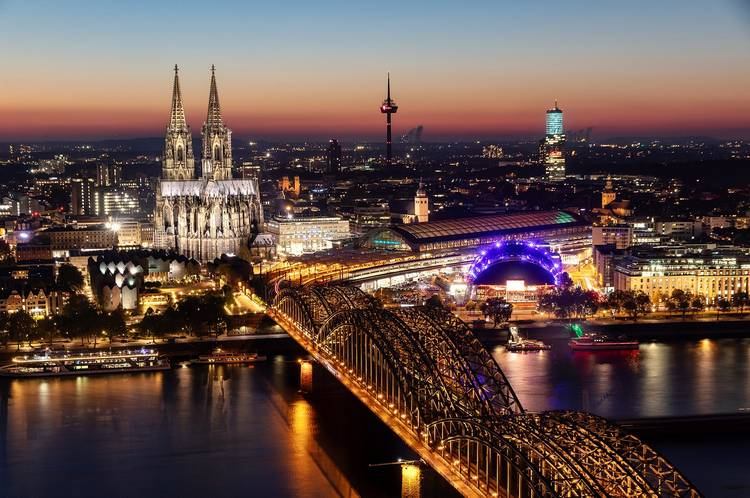 Next
Best Day Trips from Cologne + Where to stay in Cologne