Are you travelling to Costa Rica soon? In order to plan your holiday, you should know the weather and climate in the country as well as the best time to visit Costa Rica.

This guide helps you to know which activities you can do in which month to and in which region you should book your hotel.

It is fascinating to know that when one side of Costa Rica is drenched in rain, another side is basking in sunshine.

This leaves you with choices of activities to book and provinces to discover whichever month you decide to go – with proper planning, of course.

In this article, we aim to understand the weather and, in the process, establish the best time to visit in Costa Rica.

There are only two seasons in Costa Rica. Dry season in the country means the wind is warm and the rainforests are thirsty. The season runs from December to April.

On the other hand, green season means its wettest months – May to November. This signifies day-long rain showers, thriving marine ecosystem and big swells. Costa Rica’s rainforests are also at their greenest.

Climate: You will feel that the dry season is coming to Costa Rica.

January is the best time to visit Costa Rica – and everyone seems to know it. After the holidays, prices start going down so touristic places get more crowded. Adding to that, the dry season is in full effect, making tours more pleasant.

Specifically, you will find the best weather in Costa Rica in January within the provinces of  Guanacaste, Jaco and Manuel Antonio. These places, due to their good location, receive a lot of sun and only light rain.

January is a good month to go hiking in the mountains. If you plan on surfing, head to the Caribbean region where the season is still green.

Climate: It is dry season in the Central and Pacific while the Caribbean region is still experiencing wet conditions.

Less rain, better prices and less tourists equals good travel conditions. If this is your idea of the ultimate Costa Rica vacation, fly into the country in February.

You will find many beach destinations enjoying a hot and dry climate, which makes it a perfect time for water activities. Animals also prefer this kind of weather, so there is a good chance of spotting rich wildlife during your tours. Sea turtles are in their nesting season, too.

Head to the Central and Pacific side to enjoy the best February weather.

The Caribbean region continues to experience slight rain showers with less heat than the rest of Costa Rica, making surfing a viable activity to partake in. Humidity is still high, though, so be prepared to cool off in between tours. Beaches are crowded in February as Costa Ricans scramble to have some family bonding before summer vacation comes to an end.

Climate: It is dry season in all parts of Costa Rica.

It is the start of the hottest weather of the year in Costa Rica. You can head up to the highlands of Monteverde or Savegre to enjoy a better climate because there is not a day of rain shower expected to cool off major parts of the country.

The Caribbean is an exception, with occasional rains giving relief to the region. In general, much of Costa Rica’s average weather conditions do not apply to the Caribbean.

Birdwatching and wildlife tours are are at their prime as many animals come out of their habitats to bask in the weather and find ways to battle humidity.

Surfing season has officially taken over the beaches. You can find nice breaks to surf in both the Pacific and the Caribbean during the month of March.

Climate: It is the end of the dry season.

The hottest weather in Costa Rica continues as the dry season comes to an end. Semana Santa or Holy Week is just around the corner, and this proves to be a busy season for many parts of the country.

Travellers flock to Costa Rica’s best resorts to unwind. In effect, rates are higher than usually. Tours and hotels get sold out quickly, so better plan your holiday ahead.

Leatherback turtles are nesting in the Caribbean, so if you plan to surf there you’ll have the chance of seeing this natural spectacle. Unfortunately, humpback whales will not be on site.

Costa Rica weather in May

Expect rain to come in gradually until it builds up towards the end of May. The Caribbean is wetter than the rest of the country.

This is the time when people do not usually travel to Costa Rica, so prices are at their lowest and crowds are minimal. You can enjoy discounts of up to 20% just by travelling to Costa Rica in May.

Be ready for unpredictable weather, though. Plan your tours accordingly and be ready for some plan alterations should the weather change.

It’s the Pacific region’s turn to have good surfing spots. Snorkeling and diving in Costa Rica around the month of May are not recommended as the marine animals are harder to spot.

Climate: It is green season and the constant rain is watering Costa Rica’s rainforests.

Jungles now start to thrive and rivers start to get filled. San Jose and other parts of the central valley are enjoying even better weather conditions.

June is the start of extreme water activities in Costa Rica. You can enjoy class II white water rapids during this time. The Pacific region’s waves get bigger than in the previous months, attracting experienced surfers to visit the spots.

You will find bookings and reservations during June to be quite favorable, as less people are coming in. This is also the time when airfares to Costa Rica are at discounted rates.

Stay in the mountainous side of Costa Rica if you want relief from the hot mornings. Otherwise, you can go beach hopping and enjoy the warm sun.

Be aware of flash floods that may occur in certain areas. All water activities must be partaken with caution – in the Caribbean region, most especially, because it experiences heavy rainfall.

Waves are perfect for experienced surfers in all coasts. Sea turtles begin nesting again this month.

The central valley proves to be popular during July. Often people go on guided tours in town in the morning while the weather is favorable and stay indoors at night when the rain starts to pour.

Climate: It is a green rainy season in Costa Rica.

Rain may stop you during night time. The August weather in Costa Rica is perfect for rainforest explorations and walking tours. Some days will see no rain; other days you have to listen to the forecast and hang your coat.

August is starting to get popular amongst travellers because the rates can get pretty low. As many flock to Costa Rica in the middle of the year to avoid the crowd during holidays, the tours get packed as if it’s December.

Climate: It is green season – and the prelude to the rainiest season in the Pacific.

You have to carefully plan your itinerary if you wish to travel to Costa Rica during September. Rains are at their heaviest and many areas are forced to close their businesses for the time being.

Unfortunately, you cannot travel to the Osa Peninsula and its nearby towns as the major accommodations are not in operation and roads are not accessible.

The Caribbean side, on the other hand, is enjoying its high season. The weather is dry with light rain showers in the afternoon. Guests come in to take advantage of the low rates and the uncrowded spots.

It is going to continue being wet in the Osa Peninsula – Drake Bay, Puerto Jimenez, Golfito. All these and the surrounding towns are experiencing high amounts of rainfall.

October is actually the rainiest month in Costa Rica. The rainfall is nonstop most days and businesses in the south are forced to close and wait until the green season ends.

Thanks to the mountains acting as natural shields to the harsh winds, the Caribbean is experiencing good if not its best weather within the region. Focus your planning on Puerto Viejo and Cahuita.

Climate: It is the end of green season and the weather is highly unpredictable.

November is not the time to see Costa Rica’s wildlife, nor is it the time to dive and snorkel. Although the humpback whales are in the Pacific the whole time, the waters prove to be too rough for a boat ride to commence.

Canopy rides still do push through rain or shine, but extreme water activities like white water rafting can be cancelled any minute.

Avoid long road trips if you can, as Costa Rica is prone to mud and landslides.

At the beginning of December, you will see a huge part of the country still soaked in rainwater. Driving can still be hazardous and some roads are even closed for safety purposes.

Come mid-December, people start pouring in to enjoy their Christmas holidays in Costa Rica. Weather cooperates, too, as much of the country enjoys sunny mornings and scattered rain showers in the evening.

The Pacific region is thriving; different turtle species are nesting and the wildlife is coming out. The Caribbean, though, is back from being wet. Whales can be sighted in the area while huge swells for surfing are formed.

What is the rainy season in Costa Rica?

The rainy season  in Costa Rica – or the green season as they call it – is from May to November.

What is the cheapest time to go to Costa Rica?

November is the cheapest time to go to Costa Rica – although it is ‘low season’ for a reason. The weather is unpredictable and some establishments close down. Be wise and head to the Caribbean for some sunny vacation.

What month is the best time to visit Costa Rica?

What is the rainiest month in Costa Rica?

November is the rainiest month in Costa Rica, with some rainfall lasting the entire day.

Is there a hurricane season in Costa Rica?

No, there is no hurricane season in Costa Rica as it is located below the earth’s hurricane belt. 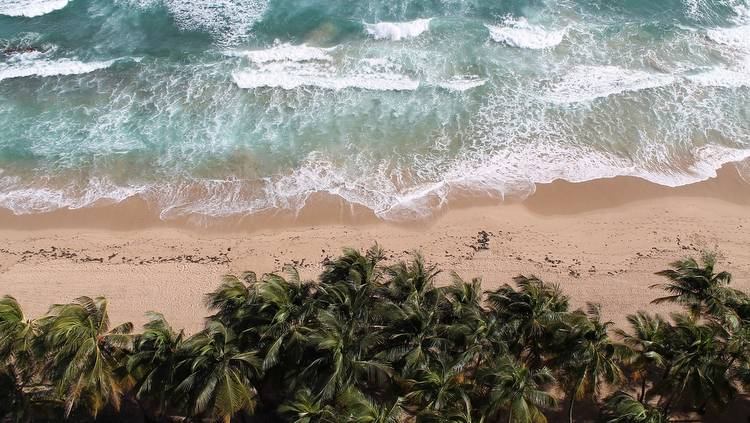 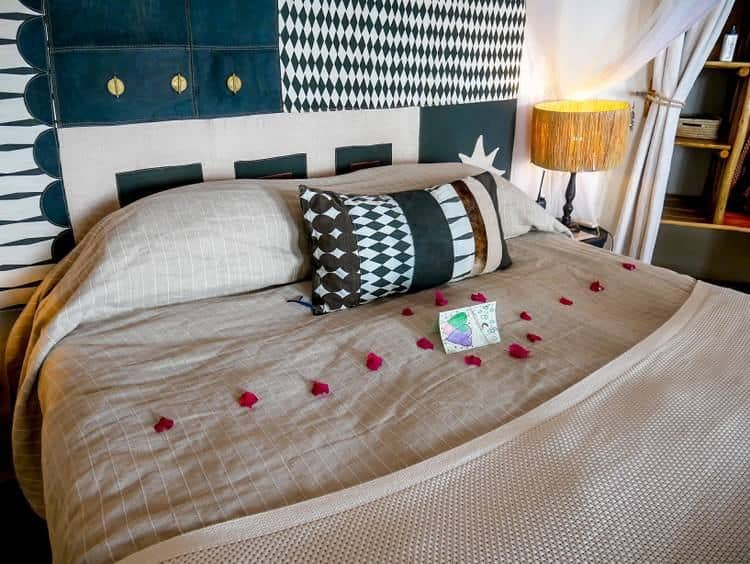